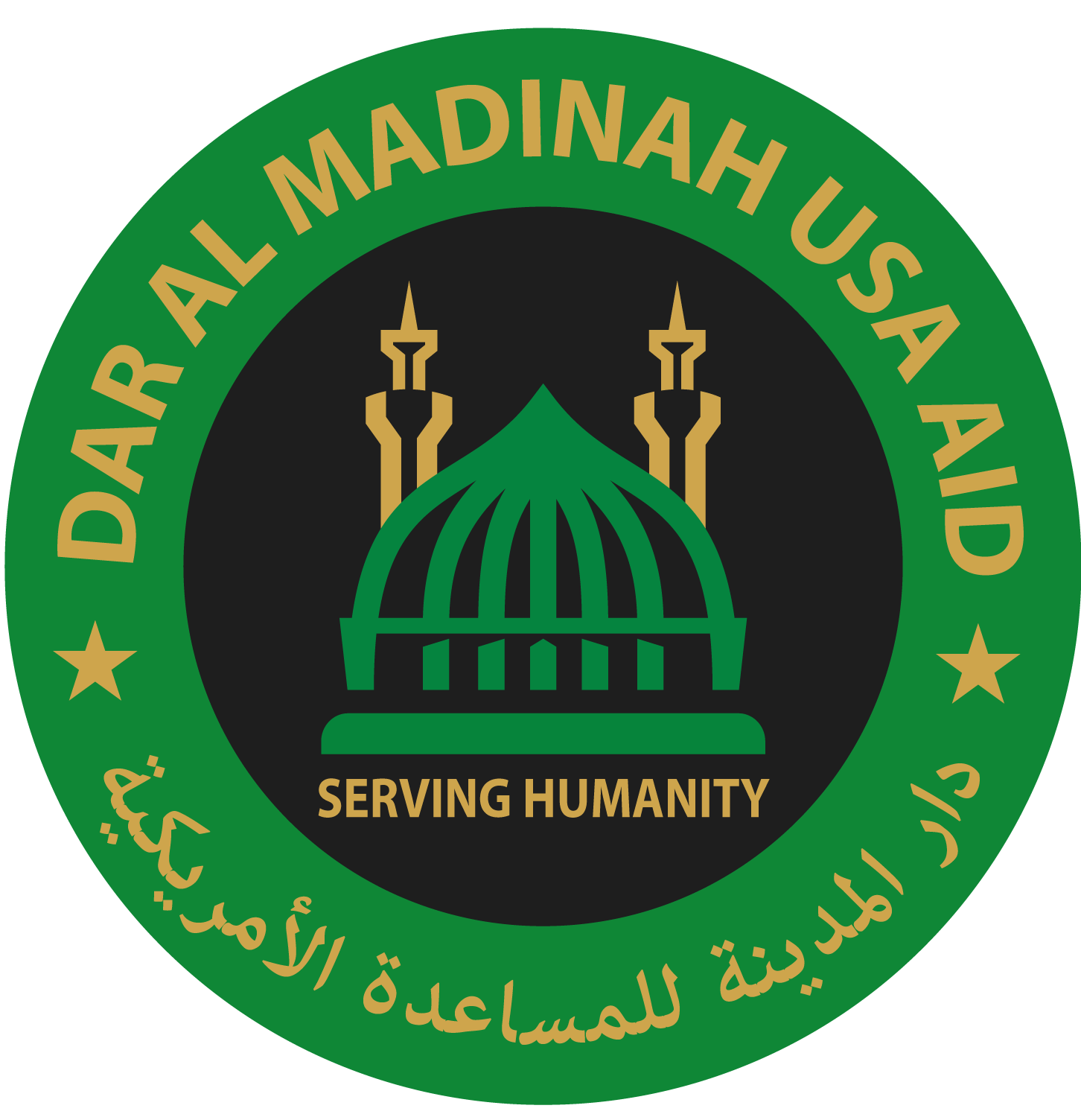 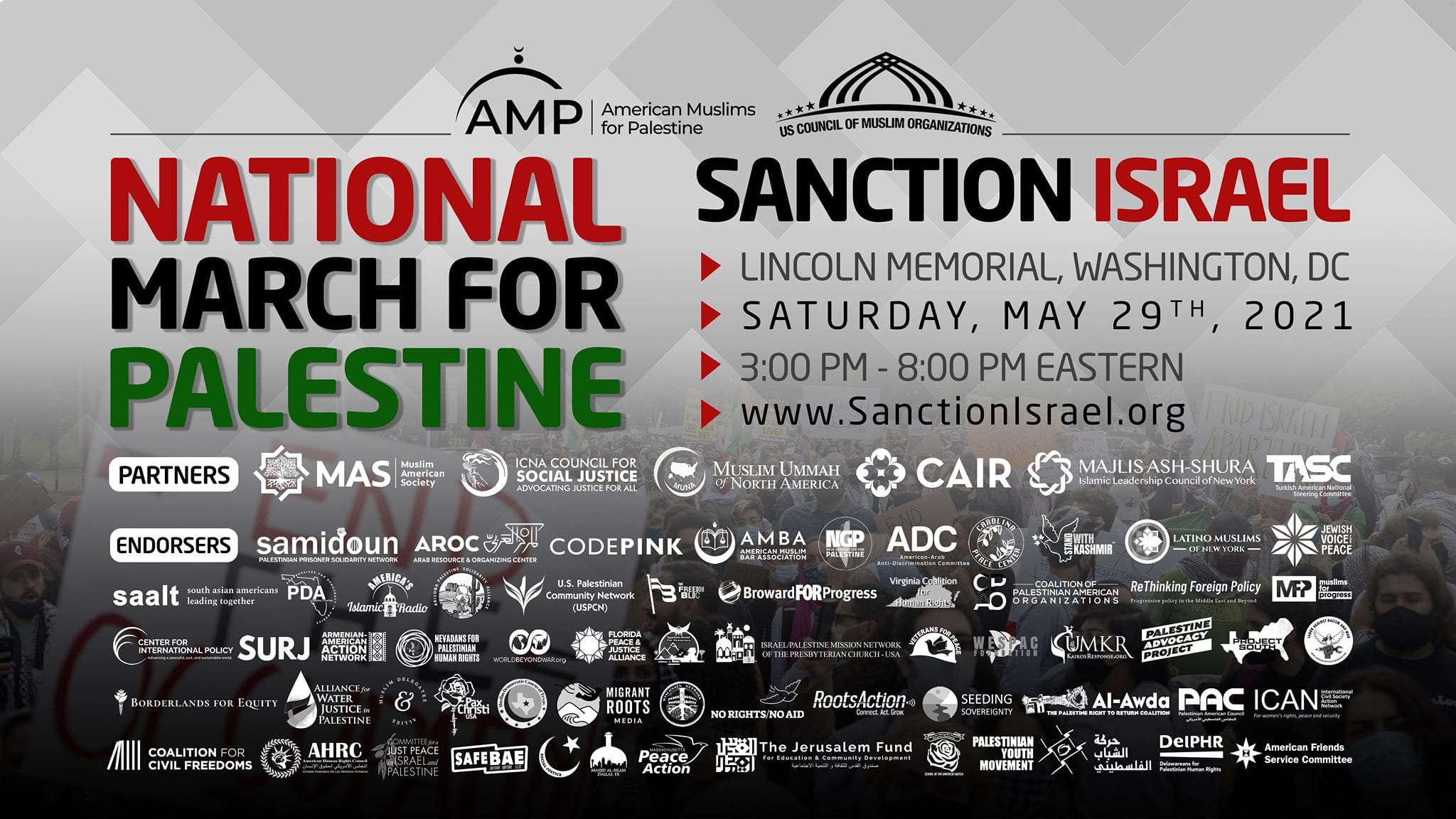 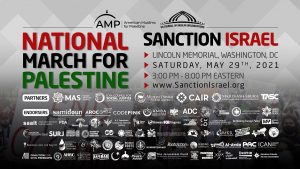 (WASHINGTON, D.C., 5/24/21) – ICNA today joined the U.S. Council of Muslim Organizations (USCMO), American Muslims for Palestine (AMP) and other justice organizations and activists for the National March for Palestine in Washington, D.C., taking place on Saturday, May 29, from 3:00 to 8:00, starting at the Lincoln Memorial and marching to Congress.

The march is a part of the new national #SanctionIsrael campaign calling on the Biden administration and Congress to sanction Israel and stop giving it billions in U.S. tax dollars and military hardware – like the very same bombs that Israel just used to obliterate entire Palestinian families in the Gaza Strip.

Alliance for Water Justice in Palestine

Alliance to Save and Protect America from Infiltration by Religious Extremists

From Ashes Rise Hope and Justice

Labor Against Racism and War

Showing Up for Racial Justice (SURJ)

Wisconsin Network for Peace and Justice

The Islamic Circle of North America is a leading American Muslim organization dedicated to the betterment of society through the application of Islamic values. Since 1968, ICNA has worked to build relations between communities by devoting itself to education, outreach, social services and relief efforts.

My name is Josna Akter. My Mother  has been sick for quite some time. In 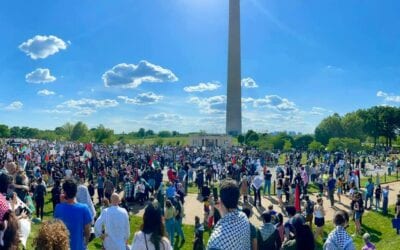 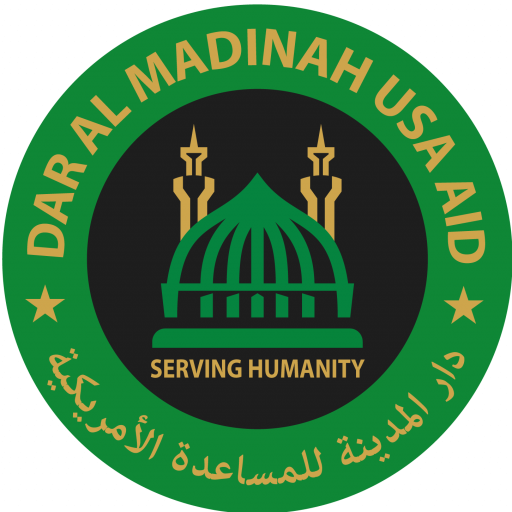 Provide urgently needed food to fight the real hunger. Our focus is on providing food on a daily basis. We will serve nutritious food and teach people to prepare food well, eat it with a basic knowledge of nutrition, and give them access to safe drinking water, safe sanitation facilities and healthy lifestyles.